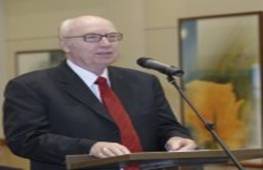 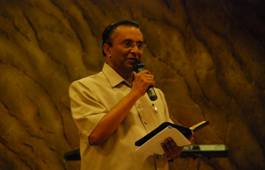 The four-day event, hosted by New Life Assembly (which has grown from seven members to more than 40,000 since 1973) and the India Assemblies of God, garnered high praise from attendees. U.S. leaders stated that when the conference comes to the United States in 2014 —which will coincide with the 100th anniversary of the U.S.  Assemblies of God — the bar has been set at a high level by their Indian counterparts.

According to Dr. Wood, the congress was not only a time of spiritual refreshing and community, but of global regeneration as the inspiration and motivation of the Holy Spirit was continuously evident. “I believe that when we reconvene in 2014 for the seventh triennial World Congress to be held in Springfield, Missouri,” Wood says, “the Assemblies of God will have made massive advances through the power of God, for the kingdom of God, throughout the world.”

Wood adds that as part of this year’s World AG Congress, goals for numbers of churches and adherents for each country were announced along with the theme: Forward: Vision AG 2020. He says that by 2020, the time of the ninth triennial World AG Congress, the goal is to see the World AG Fellowship increase to 100 million believers and 500,000 churches.

With 74 nations and nearly 1,000 international delegates in attendance, this World AG Congress had the largest international representation in the history of the event. Wood says that on the closing night, more than 50,000 people gathered for the open-air meeting.

For those wanting to experience the 2011 World AG Congress, all the sessions have been recorded. AGTV is currently awaiting the rest of the video files to be uploaded from India, however two have already been posted at http://agtv.ag.org/2011-wagf-congress. For more information about the 2011 World AG Congress, see its website at http://wagf2011.com.

The next World AG Congress will be held  August 7 through 10, 2014, in Springfield, Missouri, USA in conjunction with the 100th anniversary of the USA Assemblies of God.